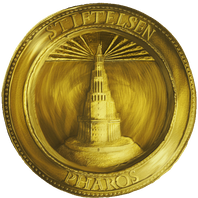 The purpose of the Pharos Foundation is to highlight threats to democracy, freedom of thought, and humanity itself, by

a) promoting and conducting scientific research and analysis;b) participateing in public debate;

Pharos is, however, not another conservative or libertarian think tank. We view Left–Right as a false dichotomy as the threats to human well-being and liberty at this time seem to come from both the left and the right; both from the neoliberal market forces and the regulating state. Our aim is to find the balance between the extremes, with respect both for the individual and the group.

1. The threat to humanity

We are now at the dawn of the Fourth Industrial Revolution. In order to "save the planet," world powers have decided that everything must be monitored, registered, and controlled. The stated goal is a merging between humans and IT technology. A third party (an AI) is often already present in most of our interactions. But it can get much worse if we don't set a limit to the planned intrusiveness of the imminent Internet of Things.

2. The threat to our habitat

Urban architecture is becoming increasingly large-scale, sterile and soulless – or deliberately provocative and disorienting. Parks, trees, historical buildings and local natural and cultural heritage seem no longer to be protected. Increasingly, we are ushered into "smart" mega cities, erected around the world at breakneck speed.

3. The threat to democracy

Power is increasingly being transferred to supranational organisations where true democracy is no longer natural part. Freedom of opinion is replaced by a values-based ideology where only one view at at time is permitted. Divergent opinions or even discussing sensitive topics, often results in penalising by discreet or overt measures. This is a sign of the emerging post-democratic society. There is also the very real threat of one extreme resulting in the opposite extreme, equally oppressive.

Founder and Chairman of the Pharos Foundation. Born in Jönköping, Sweden 1968. Musician, author, and lecturer. Ph.D. in Technology and Social Change. Master of Social Science in Geography and in Culture and Media.

Secretary of the Pharos Foundation. Born in Stockholm 1961. Colour and lighting consultant, translator and editor.

Born in Stockholm 1943. Has worked in the publishing business as CEO, consultant and publisher in Scandinavia, Switzerland, the US, and the UK, now retired. Former Chaiman of the World Taxpayers Association.